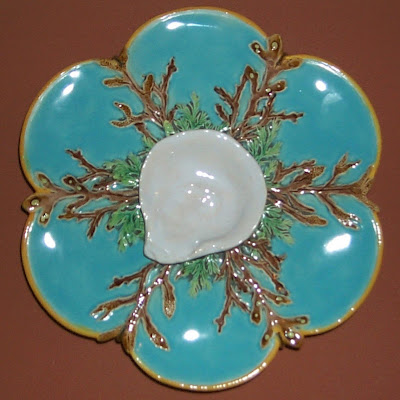 What a pretty little dish! Are you familiar with Oyster Plates? If we were in Victorian times, many a blog post would have been done on these little works of art! Oysters became a favored menu item for formal dinners and were at the height of their popularity between 1810 and 1870. Naturally, the well appointed host or hostess had to serve them on dedicated oyster plates. I had an opportunity to learn even more about these beautiful dishes when I met with Keil Moss, the owner of Moss Antiques in New Orleans. 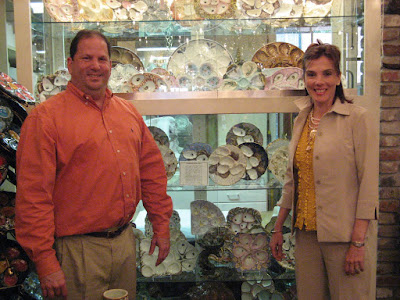 Keil and Millie
Moss Antiques has been in business for four generations, since 1898. Located on the famous Royal Street in New Orleans, Moss Antiques is one of the largest dealers of these beautiful plates. 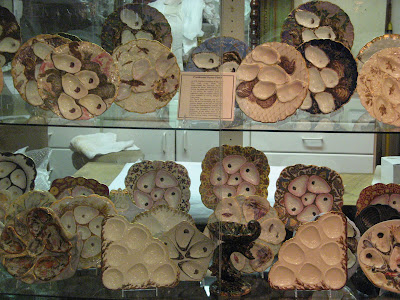 Oysters were served on the half shell and out of the shell. Most of the oyster plates treasured by collectors today are oyster plates that held oysters served without their shells. These lovely plates are among the most prized and valuable collectibles traded today. 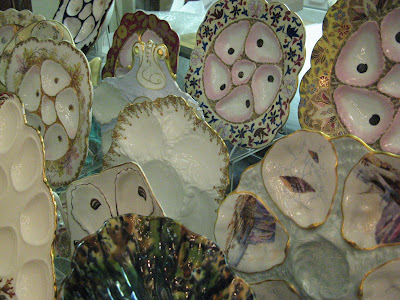 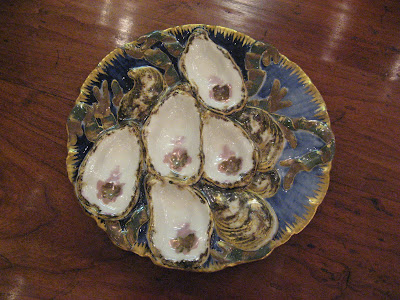 Here is some background on the Presidential plates from an excerpt of the book Oyster Plates, by Vivian and Jim Karsnitz.

"Many celebrities have had oyster plates made specifically for them, including America’s 19th president, Rutherford B. Hayes, who served from 1877-1881. He commissioned a state dining service for the White House, including oyster plates designed by Mr. Theodore R. Davis, an artist employed by Harper’s Weekly." Turkey plates have five wells which form a pattern that resembles the outline of a turkey, hence known as the ‘turkey oyster plates’ to collectors. 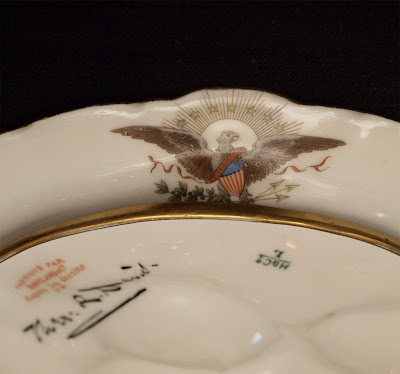 "The set was made by the Haviland Company of Limoges, France and this plate was produced by Haviland after producing the White House china. The Presidential set caused a stir among the public, with strong feelings running in support and in opposition. Mr. Davis patented his design on August 10, 1880. Because of the great expense incurred in making the White House china, he and Haviland sought to recover their expenses by selling similar sets to the public. These sets have the patent date on the backs along with the Presidential eagle. The original Presidential set does not." 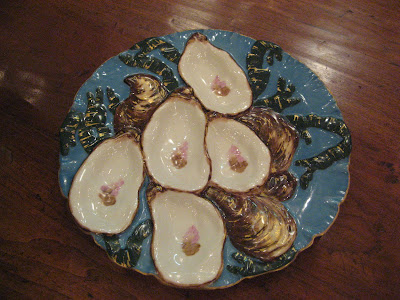 "When this Presidential set was made the cost was $3,120.00, a figure the Congress felt was excessive.” Today just one of these Presidential turkey plates can bring the same amount as the entire set originally cost to produce." 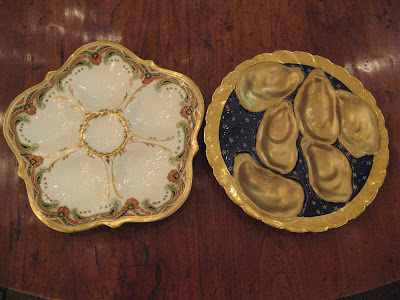 Deep rich colors of reds and blues are most sought after. And, the more colors incorporated into a design the more valuable the plate. Also more detailed patterns and of course, maker's mark also increase the value. You can create a lovely display of oyster plates from such famous makers as Haviland/Limoges, Wedgewood, and Minton. The amazing variety of shapes, colors, and decoration makes for a spectacular wall or cabinet display in any decor. 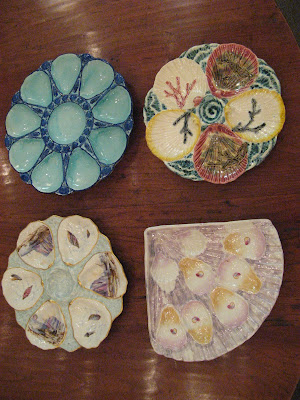 Majolica oyster plates, probably because of their bright colors and unique styling, are also very popular Many designs featured shell patterns, sometimes including other sea life. Examples by Minton, Wedgwood, and George Jones- all famous English producers of majolica- can cost several hundreds of dollars 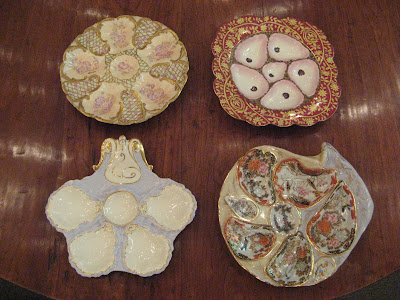 French faience from Quimper are equally pricey. Many lesser known factories produced unusual examples in majolica as well as porcelain and even glass plates. Haviland designs are numerous and quite collectible as are many from German and French factories. Unmarked plates tend to be less expensive as are the relatively rare 20th century examples. 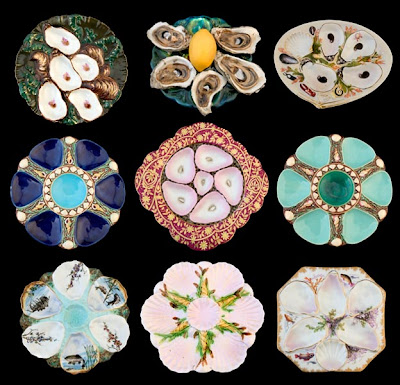 Here are several examples available from Moss Antiques on 1st Dibs. Aren't they so lovely all displayed together? 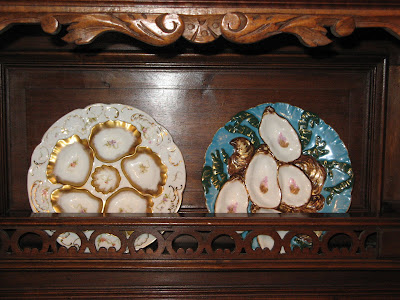 Here they are sitting in a plate rack, like small paintings. So beautiful. 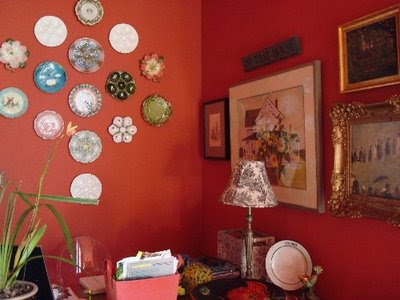 Here is a photo of a collection owned by Valorie Hart, self professed Plate Queen, of Visual Vamp. Look how beautiful they look hung in a collection on the wall of her office. Doesn't she have a wonderful eye?
.
If you'd like more information on these wonderful plates do read up on House and Home . Or visit Moss Antiques website - It's almost like being on Royal Street.
UPDATE  - See Oyster Plates in Month's Country Living Magazine! 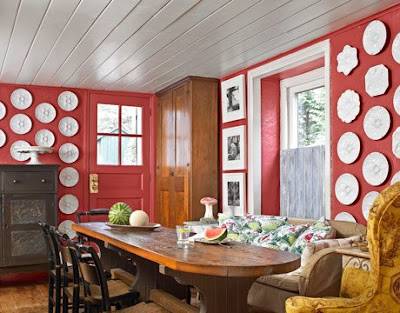